Last week I attended a Soto Zen retreat at Shasta Abbey set in the mountains of California. Eighteen years ago I brought my comparative religion students to this same Abby so they could experience this modern version of monastic Buddhism. 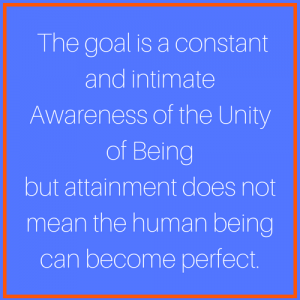 At that time, I had already converted to Sufism. Since then my practice of Islamic Sufism has matured. On this trip, I felt I was returning with fresh eyes.

Here are my thoughts on five similarities between this retreat and Sufi retreats I’ve attended.

Everyone is welcome, sincerity the only requirement. The Buddha Hall gives me the same feeling of tranquility I feel at my Sufi Khanaqa in the San Francisco Bay Area. I immediately feel at home.

The unity of Buddhism rests not on God, but on the original state of mind, a state obscured by the ordinary mind’s clutter of self-centered anger, fear, greed, envy, ego, etc. This original state is the highest possible consciousness/knowledge available to human beings. This goal has many names: enlightenment, stillness, emptiness, pure awareness, the substance of the universe.

In addition to Gautama Buddha, the founder of Buddhism, the three major branches of Buddhism contain a multiplicity of other Buddhas and Bodhisattvas, each with different characteristics, times, and stories – all of which serve as reminders or guides to pure awareness. At Shasta Abbey, the altar has a giant gold-painted statue representing the Cosmic Buddha, with a much smaller golden statue of Gautama Buddha on his left knee.

In contrast to Buddhism’s “no god” position, Islam is known for its absolute insistence on only One God, Allah. Hardline literalists and extremists proclaim Allah as transcendental, completely removed from this world. Sufis see God as both One and All, present in the world (immanent) as well as transcendent, in fact, the inner reality of all things, including humans. Allah is pure awareness, the substance of the universe.

Although this may not be the interpretation of many Buddhists or Muslims, I easily see the Cosmic Buddha and Allah as the same.

Instead of buddhas and bodhisattvas, the multiplicity of Islam lies in the 99 names of Allah. Some are opposites like Creator and Destroyer, Life, and Death, Mercy, and Justice; others include Love, Beauty, Kindness, Indivisible, Vastness, Eternal, Sublime, All Aware.

I understand the names as not only explaining how Allah acts in the world but also, like the Buddhas and Bodhisattvas, provide ways for us to return to our original, intrinsic being, pure awareness.

The mysticism of Buddhism and Sufism both stress ethics as guidance for the initial clearing the mind of self-centered patterns of thought. In addition to the obvious (do not kill, steal, lie, misuse sexuality) both emphasize mindfulness, becoming aware of thoughts, emotions, and actions as they occur.

Commandments or precepts are taught, not as boring rules, but as the foundation for spirituality – unselfishness, charity, and compassion, getting the small self out of the way to experience the Universal Self.

From the outside, practice differs: Soto Zen mediators sit with eyes almost closed facing a blank wall, working to achieve no thought. Sufi meditators close eyes and concentrate on a word or phrase, commonly “There is no God but God.” The similarity comes in the state attained with experience. Both the Zen Buddhists and Sufis come to a similar state of pure awareness empty of any words, thoughts or emotions.

As I drove home from the Abbey, I felt free and joyful. The state of mind I usually feel after lengthy meditation, whether it be at the Khanaqa or at home.

Although people may summarize Buddhism as having no gods and Islam as a one God religion, although scriptures and languages differ, their ultimate goal is the same.

Attainment of this goal does not mean the human being can become perfect. At the end of their lives, even Gautama became irritated; even Rumi monitored his states of mind. However, their level of attainment is considered by the wise as far as we can go in this life.

This goal is a constant and intimate Awareness of the Unity of Being which brings freedom to our world and disappearance of the fear of death.

2 Replies to “5 Lessons from My Recent Buddhist Retreat”