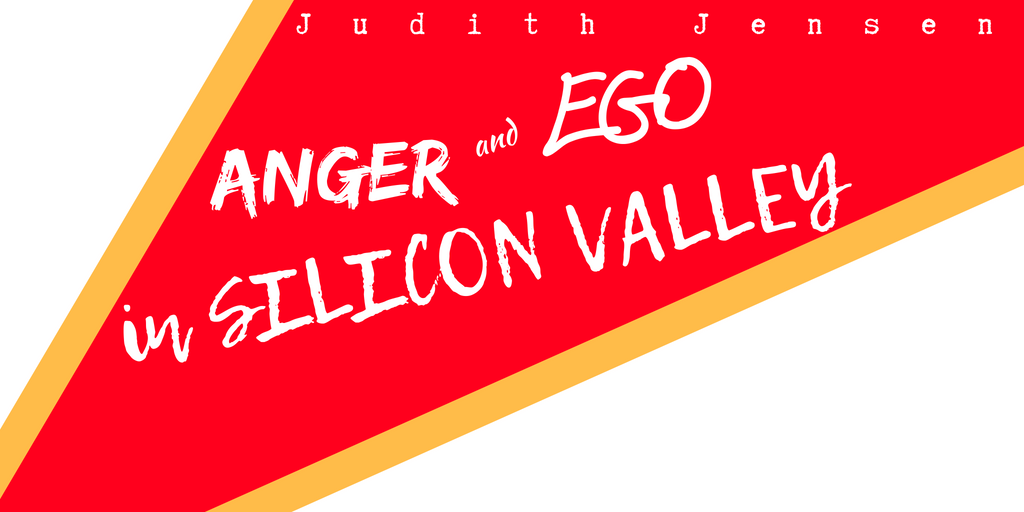 Don’t let yourself be fooled by tasty memes, Rumi quotes, or other social media posts that make spirituality look easy. True spiritual learning is intertwined with the messiness of daily life. Here is an account of one of my spiritual skirmishes that dealt with anger and ego. 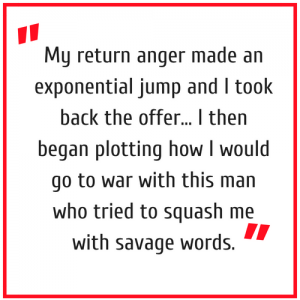 I was raised by my mother and aunt with my aunt being the controlling agent. By the force of her anger she settled arguments to her favor. One day in my early teens, I stood up to her with even stronger anger. The balance of power shifted. I am ashamed to say this anger, exacerbated by ego, became a pattern for me.

I was president of a small Silicon Valley start-up. After initial success, I made some marketing projections which suggested we had exhausted our niche and further expansion would not be cost- effective. I wanted out and there was a man on our Board of Directors who might take over marketing. However, before turning things over, I felt obligated to outline his faults during a Board Meeting–for the good of the company, you know. He exploded with anger and countered with a masterful delineation of my faults. My return anger made an exponential jump and I took back the offer, going so far to offer a financial guarantee for the success of the very project my projections questioned. I then began plotting how I would go to war with this man who tried to squash me with savage words.

On my way to seek council from my most bellicose friend, I happened to have a lunch appointment with Bob, not yet my formal teacher but much further along the path than I was. I am not sure what happened at that lunch, but I did not go to meet my friend. I walked away from the lunch feeling chagrined and embarrassed, but without anger.

I began closer observation of myself, watching for those physiological indicators of anger and backing off when I caught them, breathing deeply and remembering Spirit. Ego is more subtle, infiltrating one’s being, materializing not only when I am challenged, but emerging when I least expect it. Often a mere whisper.

I might add that I lost a significant amount of money when that project, which I had guaranteed I would make work, failed.

I have to say, anger combined with ego is an excellent candidate for unlearning. This state still prowls about but my awareness has increased and I am less likely to act on it.

The less anger and ego manage your mind, the fewer the mistakes and the greater the beauty.