For those of you who are unclear on just what is The Bhagavad Gita, here are a few impressions from Goodreads.com:

“In the morning I bathe my intellect in the stupendous and cosmogonal philosophy of the Bhagvat Geeta, since whose composition, years of the gods

have elapsed, and in comparison with which our modern world and its literature seem puny and trivial.”
― Henry David Thoreau, Walden

“If the radiance of a thousand suns
Were to burst at once into the sky
That would be like the splendour of the Mighty One…
I am become Death,
The shatterer of worlds.”

Quoted from the Bhagavad Gita after the bombing of Hiroshima and Nagasaki.”
― J. Robert Oppenheimer

“The Bhagavad-Gita is the most systematic statement of spiritual evolution of value to mankind. It is one of the most clear and comprehensive summaries of perennial philosophy ever revealed; hence its enduring value

is subject not only to India but to all of humanity.”
― Aldous Huxley

But, you will note, these gentlemen are all dead.

THE GREAT WAR  (aka: Kurukshetra War or Mahabharata War)

So, first, a little background. Back around the 9th or 8th century BCE, an Indian epic poem, The Mahabharata, was written.

The Mahabharata is the story of the great war between two factions of cousins in the Kuru clan, all descended from the legendary Emperor Bharata.

Which faction is entitled to the throne?

The answers are complex, with many subplots, often quite spicy but all interwoven with the idea of dharma, the creed for righteous living and the principle of cosmic order.

Of the Pandava princes, Arjuna is the great warrior who will lead the Pandavas in this war. The five Pandava brothers have two mothers but five fathers, all gods.

The Pandavas are up against their cousins, the Kaurava princes, also all brothers, 100 of them hatched from the same grey ball. Duryodana was first to appear. He leads the Kauravas.

The Pandava and the Kaurava princes have been raised together, sharing teachers, friends, and relatives.

A critical incident in the Mahabharata involves the two sides gambling for the throne. The Kaurava princes cheat and win the throne. The Pandavas must endure the near public stripping of Draupudi, the wife of all five Pandava princes for she, too, was gambled away.

The war is poised to begin.

Thousands of warriors are assembled on each side of the battlefield Kurukshetra.

The great god Vishnu has incarnated as Lord Krishna to help humans out in this dangerous time. (Krishna saved Draupudi from shame by making reams of cloth appear as quickly as they were torn from her.) Krishna becomes the advisor of Arjuna, taking the role of Arjuna’s chariot driver.

As Arjuna surveys his teachers, cousins, and friends split between the two armies, he is overcome with sadness. He will not fight. He asks Krishna “How could life be worth living if so many people whom I love, die”.

Embedded in the epic Mahabharata, this interchange between Krishna and Arjuna is The Bhagavad Gita (the Song of the Lord), or simply The Gita.

Google “Quotes from The Bhagavad Gita” and select “Images.” You may find a number of quotes that resonate with you, even though each quote may not be entirely accurate. Perhaps you've heard one or two of these in the past and didn't know it came from the Bhagavad Gita. 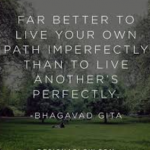 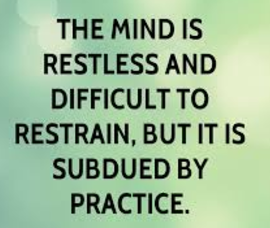 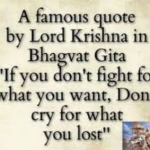 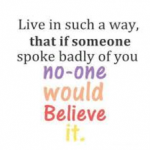 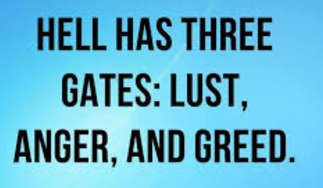 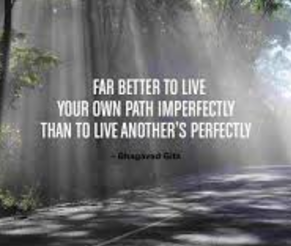 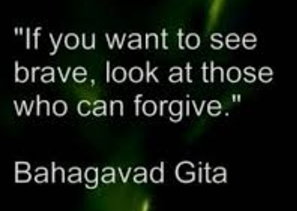 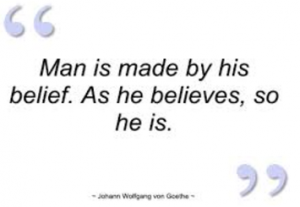