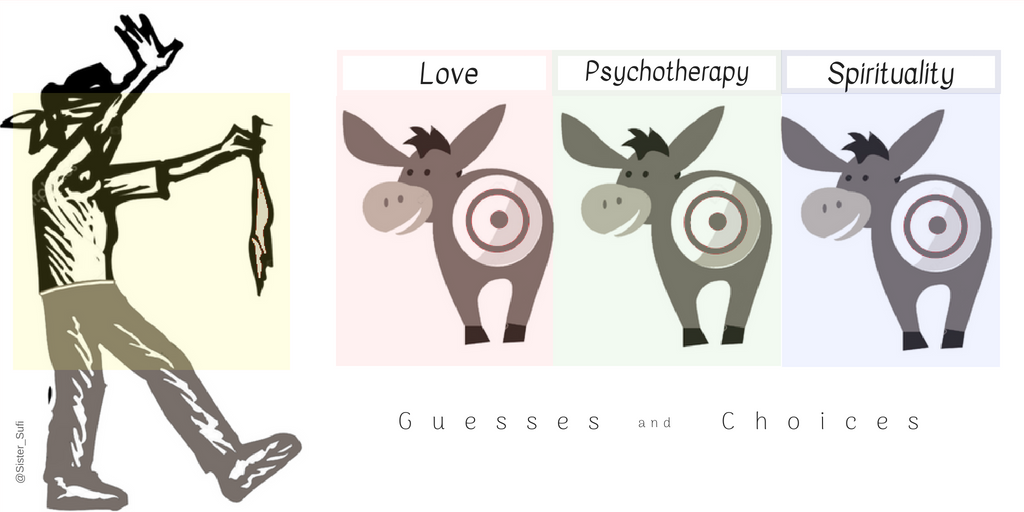 We Sufis often call our religion the path of love. With proficiency, we can gradually distance ourselves from selfishness, anger, greed, and ego. This enables us to better love our friends, our family, our partners, and God/Spirit/Being. Love softens our hearts and enables extraordinary experiences of Spirit in our hearts and minds. 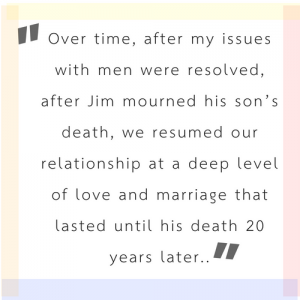 Though it softens our hearts, love also illuminates our deficiencies.

I fell in love with Jim. It was a crazy topsy-turvy passionate romance. Over the first ten years, Jim and I broke up at least seven times. Our last separation occurred after his teenage son, who lived with him, was diagnosed with aggressive bone cancer.

Although I was hardly a realized being, I had come far enough along on the Sufi path to observe myself becoming annoyed that my lover was not paying enough attention to me. His son was angry, dying, and wanting to kill his father. I just wanted a larger piece of this poor man’s heart. It did not require enlightenment to notice this was selfishness, not true love.

Unable to control my thoughts, I went into psychotherapy. In contrast to those religious streams that are suspicious of psychotherapy, I believe it is an important contribution to the modern spiritual path. If basic issues are not addressed, intense spiritual experience can magnify distortion and lead to harm.

I was careful to find a psychotherapist who would honor my developing spirituality. I was lucky to work with the late Arthur Deikman, who was not only interested in Sufism but also the author of “The Observing Self: Mysticism and Psychotherapy.” Over time, after my issues with men were resolved, after Jim mourned his son’s death, we resumed our relationship at a deep level of love and marriage that lasted until his death 20 years later.

Different kinds of love grow and intermingle in the space made available when we decenter on our self. However, when I look back over the last decades, I have to say there is no more powerful teacher than Death. Death’s power comes from its close relationship with love.