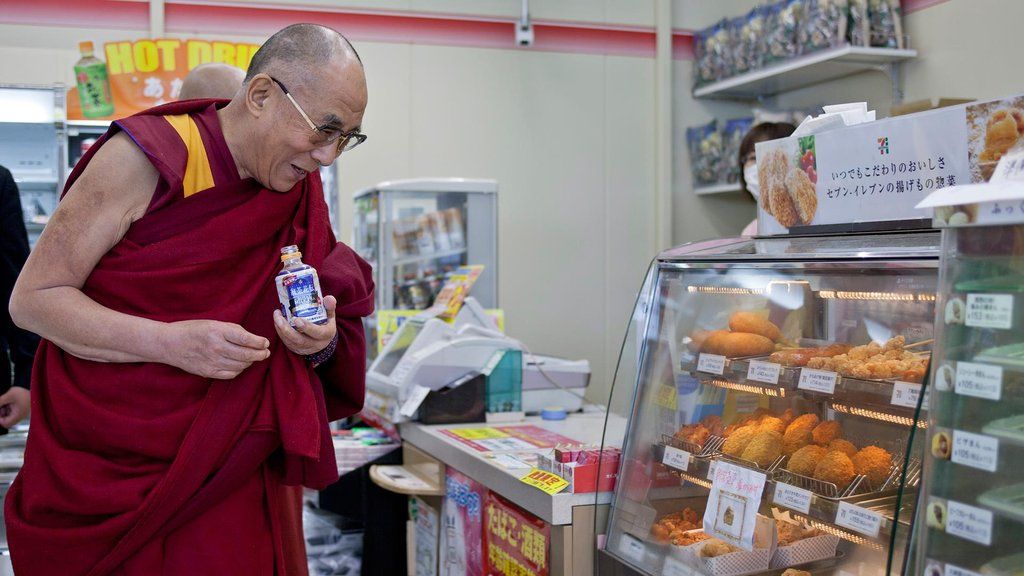 A friend suggested I write a blog on spirituality in the supermarket. Having recently experienced an anger episode in my supermarket I thought it was an ideal space to observe one’s thoughts and emotions. 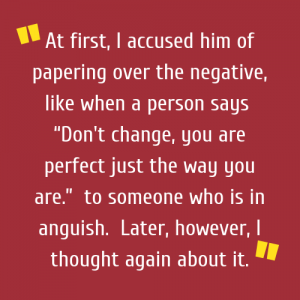 But he had something deeper in mind. He spoke of observing the last live lobster in a tank of cloudy supermarket water and thought (THINKING) “The man taking care of the lobsters is probably doing the best he can.” I laughed.

I thought he was being sarcastic about the motives of the lobster man. But, no, he was consciously switching his thoughts to a possible positive aspect of the what was a bad situation for the lobster, which kept him from dwelling on the sadness.

At first, I accused him of papering over the negative, like when a person says  “Don’t change, you are perfect just the way you are.”  to someone who is in anguish.  Later, however, I thought again about it.

I recalled that The Dalai Lama prescribes a similar technique in “The Book of Joy.” This coming from a man who has seen much suffering and maintains what can only be described as an enlightened perspective. When asked how to deal with all the suffering in the world, he prescribed switching attention to the people working to alleviate this suffering.

Sufism, as well, has an approach of displacing negativity with positivity that uses the 99 Names of God. Although the 99 Names are mostly positive, there are pairs of names that represent the opposites of our world (Mercy and Wrath, Life and Death). Choosing the beautiful names is the most graceful way to reach God.

So, back at the supermarket, due to a chain of events, I could not control, I felt my anger, blood, and heat rising to my brain. At least I noticed it. So, as I walked the aisles, I began to call upon the Mercy, over and over, and slowly my anger subsided. This struggle is what Rumi describes as his opposing states crashing into each other like ocean waves.

All three examples demonstrate a way to return to equilibrium. All three use the ability to notice one’s state, consider a multiple of possible reactions and consciously switch attention. The Dalai Lama does not ignore suffering in the world, he works to alleviate it more than any of us. He would not be able to do so if it continually clouded his mind.

2 Replies to “Spirituality At The Supermarket”