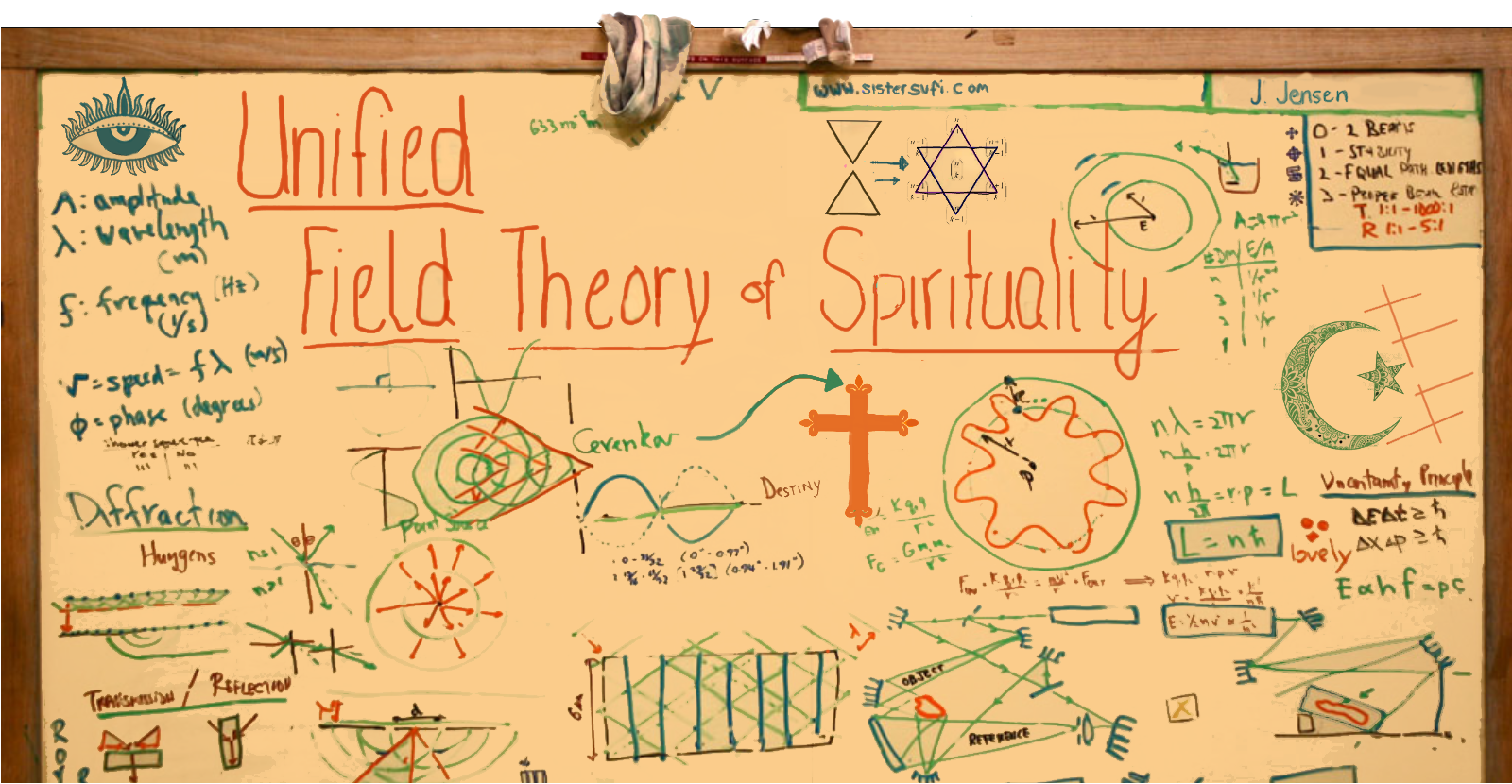 My single mother worked for an airline. Beginning in high school, we travelled the world. My favorite story of how we decided our next destination happened just before a Thanksgiving vacation. My mother asked “Well, where do you want to go?” I said “Turkey!” And so we did. Over the years, I met varieties of Europeans, Africans, Indians, Chinese, and Muslims. I met good people everywhere and could not believe that God could condemn whole groups to damnation.

It is not by accident that the spiritual path I chose (or chose me) is Sufism, the spiritual home of the most popular poet in the USA, Jalaladin Muhammad Rumi (died December 17, 1273 CE in Konya, Turkey).

“What is praised is One, so the praise is one too,
Many jugs being poured into a huge basin.
All religions, all this singing, one song.”
Quoted by Shivpreet Singh

Religion is responsible for many of today’s divisions of people. How can this be if there is only one God, Spirit, Being? It seems obvious to me that recognizing spirituality as the heart of all religion would promote mutual understanding.

However, religion is often coopted and diluted by other interests: politics, power, institutional preservation, to name a few. Religion is useful to organize people and keep them in line. And people do like group validation. Often divergent dogma develops under a range of personalities and circumstances. Dogma can be the result of a narrow interpretation of spiritual experience, an expression of prejudice, an attempt to maintain power, the means to get people to behave, or an infinity of other possibilities.

Individuals have different levels of understanding and religions try to address all of them, no matter what level they’re on. Hence a plethora of mixed messages. Some people understand right and wrong by reward or punishment, heaven or hell. Others believe right and wrong are defined by obedience or disobedience to rules, commandments and religious law. Precise codification is useful for both of these groups. At the highest level, right and wrong can be defined by principles beyond reward/punishment and rules. This is the level reflective of spirituality. Here we have those “soft” principles such as love, kindness, goodness, truth, justice, knowledge, and peace. Selfishness expressed as anger, greed, and ego clouds the essential reality of these principles.

I remember being asked to address a high school class after yet another Muslim terrorist atrocity. What to say? So I started out talking about the universal principle of goodness and its application to Muslims and everyone else. The young men, some wearing gang colors, started to protest that they were “bad” and proud of it. The only way I could turn it around was ask each one whether they wanted their mother, or their girlfriend, to be good or bad. Underneath “cool,” they understood the concept of goodness. Whether they understood there were differences among Muslims, I cannot say.

What is this unified field theory of spirituality?

The field is an metaphor, my imagination’s attempt express the inexpressible. The field spans east to west, birth to death. The field is vast, including trees, deserts, springs, crops, mountains, cliffs, canyons, rocks, and throughout them winds a tangle of individual paths, sometimes single, sometimes joining, sometimes crossing. Past, present and future individuals tread their own paths.

Who are the spiritual?

It’s simple, everyone is spiritual. Whether they recognize it or not, human beings, at some level, value not only goodness, love, kindness, beauty, truth, justice, and knowledge, but also inner peace, joy and ecstasy. Ecstasy means standing outside oneself and its importance is confimed by nonspiritual shortcuts such as drugs and perhaps extreme sports. Not counting psychopaths and sociopaths, we humans have always driven toward these ineffables.

What are people doing on this field?

All are living their lives, travelling their path from birth to death. Each path has switchbacks, cul de sacs, mountains and valleys, deserts and springs, whirlpools and lakes, storms, sunshine, confusion, clarity and so many other distractions.

Along the way, people can experience a spectrum of spiritual experience, ranging from brief moments that we all recognize (reference Blog 28) to the deeper experience of serious practitioners, at first sporadic and later stabilized. Placement on this spectrum is usually correlated with the quality of guidance and the degree of effort made by the individual.

However, spiritual experience is in dispute. Some deny it altogether. Others dismiss it as a malfunction of the brain or an epiphenomena of evolution. For the deniers, my question is “Have you ever asked yourself what you should not do and why?”

Others believe only their religion is correct. For them, my question is “Why are the spiritual practices and experiences at the center of your religion so similar to the centers of other religions?”

And finally, for the spiritual but not religious, “How serious are you? Have you chosen the highest possible spiritual goal?”

Regardless of perspective, there are many bends and turns on the spiritual path. Every approach has unique cul de sacs of dogma, atheists included. Everyone can expect to get stuck. Many will never take on the serious journey. However, we are all on the path, whether we know it or not.

One Reply to “Unified Field Theory of Spirituality”