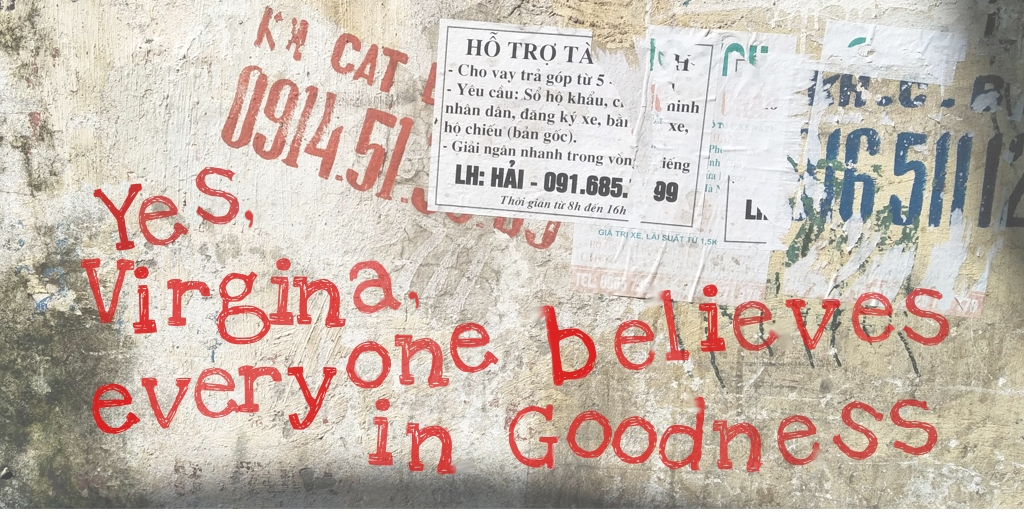 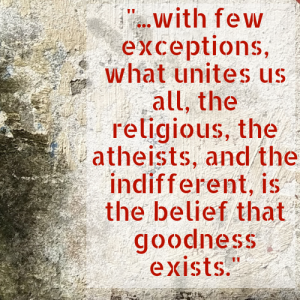 This is an odd unifying concept. After all, what good is goodness? Almost everyone, when pinned against the wall, will admit to favoring goodness. Goodness is the ultimate rule of thumb for living together, doing what is right for others as well as for ourselves.

What about goodness in religion? Recent terrorism and sexual abuse scandals have increased debate about religion as a source of goodness. However, if we look to the great sacred writings, we will find guidance in how to treat others.

Furthermore, there are two interesting things about goodness.

First, it exists and it seems innate. We often describe this affinity for goodness as conscience. At some level, no matter what are our religious or cultural constraints, and however much we may try to bury it, it feels good to do good. And it feels bad to be bad.

Second, in all the mystical traditions of all the great religions, the seeker must address selfish attachment to one’s desires, in their myriad forms, as the primary barrier to enlightenment. In all traditions, careful observation of thoughts and emotions is vital to letting them go and making room for the Divine. As Jesus said, “Blessed are the pure of heart, for they shall see God.”

For the interested atheist or theist, there are paths of goodness to the direct experience of the Divine, by whatever name you choose: God, Spirit, Being, YHWH, Jesus, Allah, Brahman, or the Original Face, or others.