Consciousness is where the rubber hits the road. Today science tries to explain it while for millennia mystics of different religions have traveled paths to higher consciousness.

Although consciousness has been here all along, science has just begun to investigate this mysterious topic, building on the last 30 years of neuroscience. For millennia mystics have pursued “higher consciousness”, minimizing self-centered thoughts to stabilize the mind, a path I find attractive. This path provides space to experience what we can call the Cosmic, the Unity of Existence, Being, Spirit, or God.

Perhaps you have heard the now popular story of scientists toiling mightily to climb the mountain of knowledge. After years of effort, they arrive at the summit only to meet a group of mystics and theologians waiting for them. 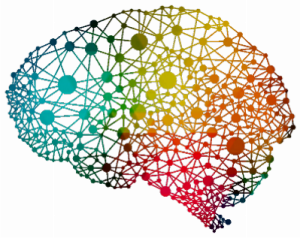 Many have enjoyed tastes of “higher consciousness” such as awe, wonder, or insight, even love/orgasm. However, only a few have sought paths to deepen and stabilize receptivity to these and higher experiences.

Today, some scientists believe the experience of consciousness cannot be reduced to mere chemistry and physics.

Thomas Nagel in his famous essay “What’s It Like to Be a Bat”  raised the question of what is it like to be another creature or another person. What is this subjective experience? What is it like to be you, me, a bat or a Martian? How does it “feel”? 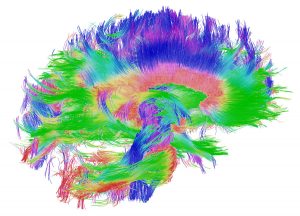 Leading thinkers are in disagreement as to what causes consciousness.
Some claim that the human brain, the most complex phenomena on earth, (with about 100 billion neurons and at least a 100 trillion connections/synapses among neurons) is the sole cause.
Dornsife Cognitive Neuroscience Imaging Center, USC

Daniel Dennett,  along with most of today’s scientists, believes that chemistry and physics can explain consciousness. He uses a fine wit to denigrate anyone who believes otherwise. As the purest proponent of the reductive theory, Dennett believes that consciousness is quite simply – what the brain neurons do. Period. End of story.

In contrast, philosophers, David Chalmers,  (view his Ted Talk) and Thomas Nagel see consciousness as something more than chemistry and physics although they are not sure just what that might be.

David Chalmers has defined the hard problem of consciousness by the question “Why does the feeling which accompanies awareness of sensory information exist at all?” He believes subjective experience is important and suggests that one approach to solving the mind-body problem is that of “grounding consciousness in the unknown intrinsic properties of matter.” (Mind and Consciousness: 5 Questions, (2009) edited by Patrick Grim. Pg 23)

Our thoughts, emotions, desires, and beliefs are outside of the known physical world. This is consciousness. How can something exist outside the physical? Are we actually real? These are not new questions.

These ideas have existed at the heart of religion since its beginning. They have existed not as proprietary dogma but as universals across religions. Hinduism, Buddhism, Taoism, Islamic Sufism, as well as great saints of Christianity and Jewish masters of Kabbala, teach the idea that there are levels of human consciousness that the human can ascend to become closer to the Divine. In different streams of mysticism, the Divine is God, Being, Existence, or the entire material/nonmaterial universe. 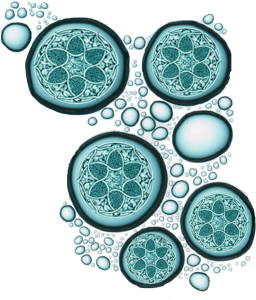 Human consciousness, supported by our brain, is already pretty big. It is our awareness of ourselves and our surroundings. Consciousness allows us as individuals and as a species to discover, understand, and reflect upon ourselves, our past, our nature, and our future.

It is somehow ironic that at last science is now looking at consciousness and maybe deeming it bigger than chemistry and physics. Religion can now enter the discussion, but not with narrow dogmas. We need the big ideas of religion. Tiny thoughts restricted to one group will get us laughed out of the room. Been there, done that.

Over the last few blogs on the cosmos, evolution, quantum mechanics, and now consciousness, we have proposed détente between science and religion.
In today’s world, division is the sport of the moment. It is difficult to even speak of truth or justice, life or love when there is so much mutual hatred and recrimination. Everyone feels or fears being left behind.

We can choose something else. There are paths, without sentimentality, that lead to a consciousness that is peaceful and satisfying, that is permanent in good and bad times. These ideas are not the exclusive prosperity of any one religion.

The next few blogs will look at some of the ways different religions can connect to God, the Divine, Allah, Transcendent Being, whatever name you choose.

Perhaps loosening of the grip of scientific materialism will enlarge the arena of public discussion. However, to participate, religions must transcend harsh dogma and outdated beliefs to find the core reason that religion exists.