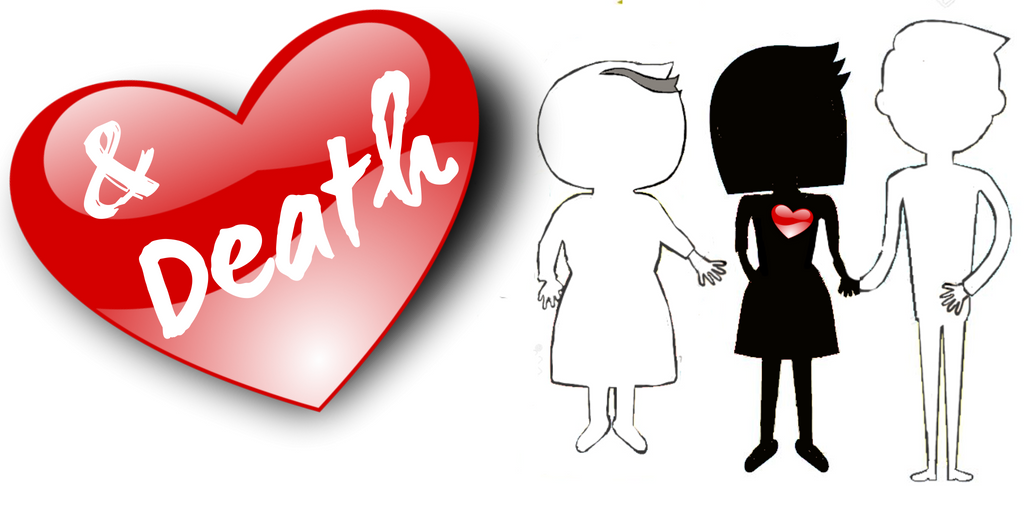 Death gets your attention. Although many other relatives had died already, it was the deaths of my mother and husband, my truest loves, that helped me the most along the Sufi path.

On a visit to my mother’s cardiologist, he asked her a difficult question. He said her condition was delicate and that if she ever needed intubation, it was unlikely she could survive removal. My mother was clear that she did not want to continue living with a tube down her throat. We all agreed that her medical directive would reflect this decision, Do Not Resuscitate. Her Christian faith was effortless and she once said that God surrounded her like a warm pink blanket. Upon reflection, I may have imagined it was pink.

One evening, perhaps a year later, mother became extremely ill, tossing, turning, having difficulty breathing, in great discomfort. She did not want to go to the hospital in the middle of the night. I slept on the floor by her bed, expecting she would die. The next morning I took her to the hospital and the emergency room staff reassured me – this is just pneumonia and she will be fine. We have the right drugs.

Greatly relieved I went off to work. After work, around five, I returned to the hospital. As I walked into her hospital room, she abruptly died. I felt (imagined?) this sensation of her spirit quickly rising to the upper right corner of the room and disappearing. The resuscitation team rushed in with their blinking lights and intubation equipment. Without guilt and with unexpected strength, I stopped them, standing between them and my mother. Confused and mildly hostile, they backed off. This was 1994 when DNR was not widely accepted. Luckily my mother’s cardiologist appeared and calmed the situation. I think she waited for me to die, to say goodbye and maybe to hold off the team.

I almost went crazy after mother’s death. I was inconsolable. In the midst of sorrow, I recalled an afternoon from years before when I had stayed at a Palo Alto Hyatt House hotel in a beautiful room, with a view of the sparkling shimmering blue pool, through transparent flowing curtains. And delicious room service. I remembered how it had felt like Heaven.

I thought I could replicate that experience and I called to make a reservation but they had no room. I tried a second nearby Hyatt House but they did not have room service. Finally I found a Hyatt House with room service and a view. I drove there, checked in, and went up to my perfect room. I sat on the bed and looked out the window but my sorrow was even magnified. Such is grief, I suppose

From the hotel, I called Mr. Zaray, my Sufi teacher, to cancel an appointment. I said I just could not come, I was too distraught. He insisted, however, and dutifully, I drove to his house. He welcomed me at the door and took me into his living room and plunked me down in from of a gigantic television screen.

He popped an Urdu tape dubbed in Farsi into the VCR and I sat and watched. It was the story of the Sufi Saint Rabia Adawiya and even though I couldn’t understand a single word, it was clear to me how she loved God above all else. The video was powerfully comforting and I began to pray for the transfer of the love for my mother to God, echoing the Sufi teaching that the metaphorical is the bridge to the Real, that earthly love is a bridge to love of God. Over time the transfer happened.

His death was the hardest to bear for after him, there was no one else. In time, and in answer to my prayers, my love for him transformed and intermingled with a deeper love for God, as had happened after my mother’s death.

One of my most beautiful spiritual experiences came a year or so after he died. I entered this vast dark cave, under the earth, where there were all the women who had deeply loved their men and were loved deeply in return. Nothing really happened, I was just there with them. I felt powerful comfort although I could not tell you why. Recently I was reminded of this vision when I read the Dalai Lama and Archbishop Desmond Tutu’s “The Book of Joy.” They advised finding comfort in times of despair by seeking out those who experienced similar sufferings and you will not be alone. In my vision, I experienced such wondrous comfort.

So what did this death teach me? The combination of these events with my cancer somehow made me more comfortable with my own death. Death is like the flat of my palm an inch away from my face, unavoidable. But not to be feared.

Rabiya’s poem pretty much captures my attitude. (LINK Rabia Poem in Blog 26 “Sufis- They’re Mystics, not Fundamentalists) I look at the different religions and almost all posit something after death. The scenarios are different. I am curious. I hope I will be fully conscious when I die. If perchance there is only blackness, I have lived with an expanding love of God so nothing is lost.